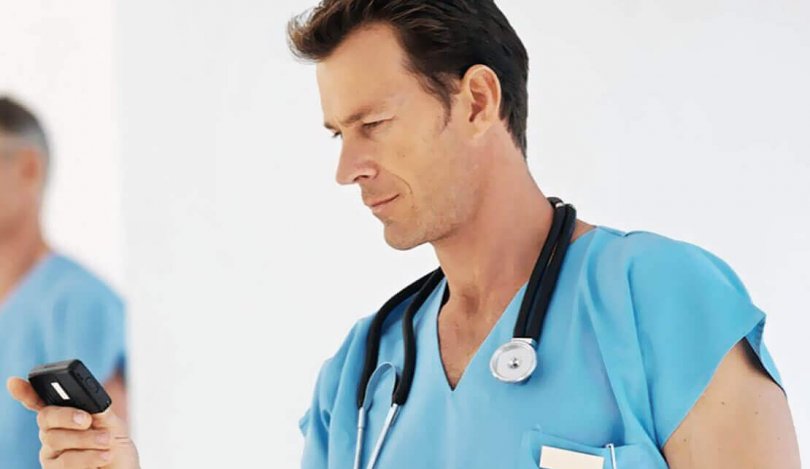 The NHS has apparently been told by health ministers to stop using pagers for emergency communications by 2021, in order to save money. The NHS is possibly the biggest remaining buyer of this archaic technology in the world, with 130,000 pagers still in use, which is astonishingly 10% of the entire global usage.

Competitive supply in the UK market ended in March 2018, when Vodafone ended its national pager service, leaving only Capita’s PageOne service, which is costing the NHS £6.6m a year.

Trials have already taken place locally in the NHS with mobile apps, described as being similar to WhatsApp, that let staff message and call one another, individually or in groups, and worked on phones, tablets and desktop computers.

In addition to their high cost, pagers have very limited functionality, being one-way communication devices that cannot send replies or accept multi-media attachments.
Critics in the medical sector claim that other messaging networks, such as mobile and wi-fi are less reliable than pagers, which use their own dedicated transmission network. The old pagers work, and they are reluctant to change them.

Medical staff might be reluctant to change what they know, but here are five reasons why the Minister is right to tell the NHS is right to ditch the pager as soon as possible.

But what to replace the pager with. The temptation for some smaller NHS trusts might be to move straight to free services such as WhatsApp. That would be a mistake. Free services like WhatsApp lack enterprise level administration, with no administrator monitoring, user management, user support, comprehensive access control and compliant archiving. They also lack enterprise grade security, which is a must for the sensitive personal data managed by the NHS.

There are critical communications platforms on the market that do provide enterprise class security, administration and multi-channel communication that can guarantee the critical message gets through and do not expose the organisation to unacceptable data security risks.

Crises Control is a global mass notification system that enables organisations like the NHS to flexibly and reliably communicate to a wide range of audiences, with a touch of the screen or via automation.