Flight delays ahead, plan now for your journey 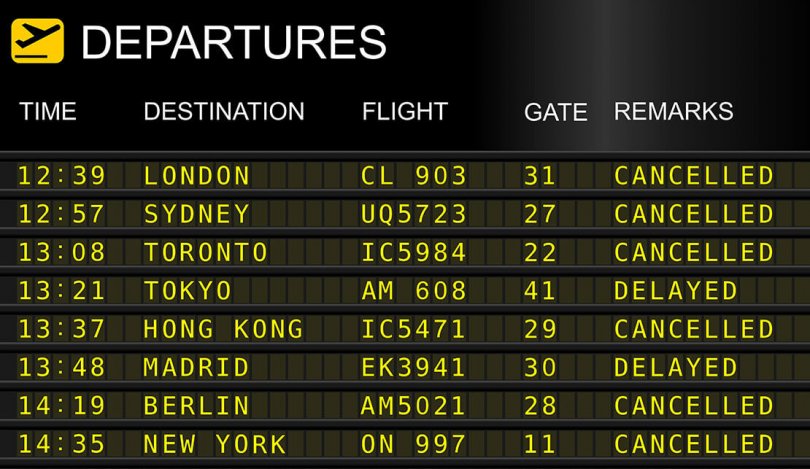 The UK aviation industry has been having a torrid time of late. Two of our biggest carriers have both been undergoing a nightmare.

Ryanair, the larger of the two, has cancelled innumerable flights both immediately and for the forthcoming months. Hundreds of thousands of passengers have had their plans – business, holidays, celebrations and weddings – thrown into total chaos. To cap it all the company would appear to have utterly failed in its communications strategy to its customers – and one assumes its employees.

Stories abound of no information, poor information, wrong information or totally misleading information. Indeed, the Civil Aviation Authority has finally had enough and severely criticised Ryanair and threatened action if “things” are not put right.

In an industry where reputation is crucial, shooting yourself in the foot, conveying incompetence, insulting your customers and as a consequence seeing your share price plummet is not good business practice.

Monarch Airlines has been operating for over fifty years and up until now have been providing a good service. Yet, commercial-circumstances have finally caused it to go into liquidation. All flights have been cancelled, and 100,000 passengers ostensibly stranded. However, the first passengers arriving back in the UK had nothing but praise for the company and how they had been dealt with. Communications were extolled and all went well. Monarch may well have gone under but whilst doing so it has at least fulfilled its responsibilities and maintained its reputation.

The contrast between the two airlines could not be starker.

There was a third airline incident! An Etihad Cargo pilot died soon after take-off from Abu Dhabi. The plane diverted to Kuwait and the incident was little reported. I wonder what would have happened if it had been a passenger liner and not just for cargo.

All three incidents conspire together to represent the complete spectrum of how to and how not communicate. Get it right and you enhance your reputation get it wrong and potentially stare disaster in the face.

In the event of a catastrophic event or major incident good, clear, timely, effective, relevant, substantial communications are critical – they could be lifesaving or fundamental to company recovery.

Crises Control can help you to be prepared for any eventuality and it can ensure that the appropriate messages are sent to the relevant people, from the Chairman to the guy on the road. All may be equally important.

Incidents in London over the summer, and indeed world-wide, have been clear wake up calls. We must all be prepared for the next crisis.